What women want from men? 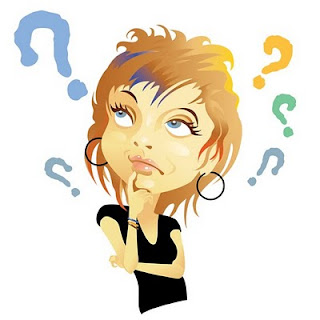 In the past few years, I’ve come across umpteen men, who seem to somewhat misconstrue the notion of what women actually want from them. The stereotyped tall, dark, handsome blokes...who also happen to be mega rich and possibly even famous are good for Mills and Boons and we should leave them there.
In the real world of attraction, romance, dating, love and relationships - what the fairer sex seeks, has nothing to do with that. The simple basic need of every woman is a man who makes her feel good. She desires to experience a more meaningful, emotionally-fulfilling relationship with one, than she would with most others. Now before you jump to conclusions, ‘Feeling good’ is not about being showered with sweet mushy compliments- some genuine, some not-so-genuine (which is even worse). Most men these days make a common mistake of trying to be the perfect Mr. Nice Guy- polite and friendly when interacting with women, thus restricting her into a narrow range of ‘nice’ and ‘sugary’ emotions.- none of which will ever turn her on ,sexually . Women can see through this act of ‘Super Nice Guy’ a mile away and it turns them off instantly, because at the end of the day - it is deceptive, manipulative and calculating.
To make a woman feel the way she wants to around a man, one must allow her to be familiar with a wide range of desirable emotions when she’s around you- optimism, humor, amazement ,passion, delight, rightful amounts of annoyance and  displeasure when needed. And as appalling as it may sound, even tears! A man who isn't afraid to display his hurtful emotions (in the right proportions)  is powerfully attractive to us. Just be real, be raw!

In addition, women also want someone who can make her feel feminine. This is especially relevant to today’s contemporary career-oriented women, who are forced to conduct themselves,being at par with men, in their day jobs and in many other parts of their lives. Masculinity is mostly displayed through body language, gestures, behavior and conversation.
A ‘gentleman’ (don’t go by the literal word meaning) who knows the difference between surprising us and shocking us, between lust and longing, between boldness and over-confidence, between chivalry and going too far with it, is what we women are seeking for.
To sum it up, here’s a list of things men can do, that we think are terrific:
P.S-Cliché it may sound, but it’s always the little things that count. One just needs to play it large.

Posted by Shreya Podder at 7:49 pm